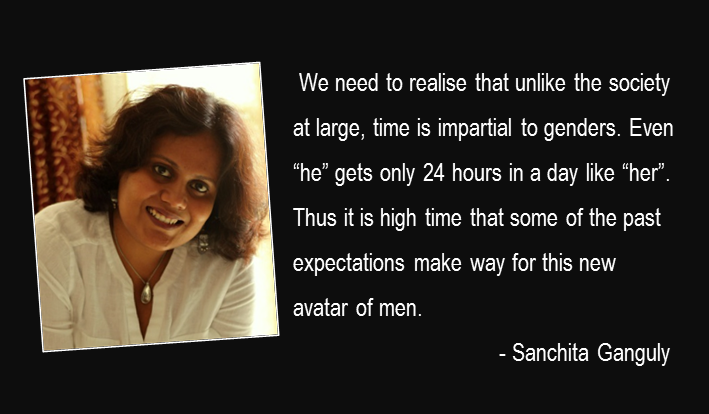 I concluded my last article stating that between society and work place, society has had the upper hand till date in influencing the office culture. Can that be challenged now?

Work place and the society at large are like Siamese Twins, one cannot go out and party while the other wants to catch a nap. An individual lands in office after spending more than twenty years getting conditioned in the society. Expecting that at office she/he will live a completely different life is expecting the impossible. If policies are designed or more importantly practised to address the root issues of gender differentiations then there might be some hope. We can look at some of these examples in the next article but before that let us today introspect ourselves as an integral part of our society rather than as professionals.

The capability of the human brain seems to be infinite but unfortunately the constraint of time is real. While we explore more and more things that we can do with our intelligence, reality of time forces us to prioritise what we must actually do. This is where a simple fact of nature kicks in which is extremely tough to practice. Old (however dear it might be) has to make way for new. The assumption being that the new way of doing things will have better output. If that is not true then the old will definitely make a comeback. It is true that old habits die hard but if we collectively see merit in changing our thoughts towards a better future, it should not be difficult.

A woman who was so far holding the fort at home but now goes to office leading her teams to succeed in business objectives, might not have time to recreate the recipes that her mother/grandmother were good at cooking every day (People who find cooking de-stressing (or pursue it as hobby) are a different league and are found in both the genders so are out from the purview of this discussion). Not every person is the same so bundling almost fifty percent of the population as one group on the basis of their gender and having similar expectations from them seems out rightly absurd.

Today, neither are men out to hunt and gather nor are women required to protect their kids from poisonous plants and dangerous animals. It is crucial to remember that while facts uniting the genders are the same over thousands of years, the context (technology, infra, socio-economic conditions etc) around them keeps evolving every couple of years.

A daughter is referred as a son when she is financially capable and supports her family. As though, one cannot be all that, just by being a daughter. No one ever calls a son as daughter when he does things which were expected only out of daughters till very recently, like cooking, house cleaning or nurturing babies.

A son who grows up in an equal environment hopefully ends up being an equal partner in a modern day marriage. Ofcourse, along with the upbringing he has to have the self-resilience to keep dodging the temptation of the deep seated biases that work in his favour. He shares the load of bringing up the kid, household chores and workplace at par with his female counterpart. The era of cameo appearances by fathers for bringing up the kid, which was/is true even in a double income households, is slowly diminishing.

We need to realise that unlike the society at large, time is impartial to genders. Even “he” gets only 24 hours in a day like “her”. Thus it is high time that some of the past expectations make way for this new avatar of men. They should have easy access to the privileges that women get without being questioned. Till the time men don’t feel any shame to ask for time off to look out for their home commitments, women will also not be taken as serious career builders.

Accepting that at best we can only raise responsible human beings and not super humans is necessary. Telling our next generation that it is ok to not excel at (or even do) everything is what we need to do as responsible society crafters of tomorrow. This simple check on expectations will take off the pressure of achieving double of what time permits from their adult life, irrespective of being a girl or a boy.

Keeping the gender judgement at bay not only while complimenting women doing well professionally but also admiring a father who took a break from career just to look after the kids or to pursue his passion while his partner earned the livelihood is an absolute necessity. First fulfilling the basic gender role expectations and then stretching to prove equality within the limited time we have will only lead to multiplying early burn out cases.